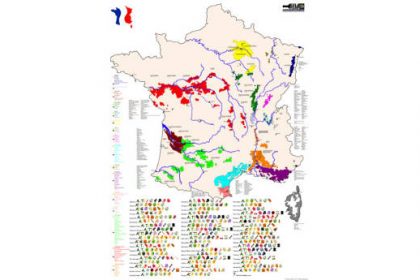 In November 2016 Wine Aroma Maps was founded in Leuven, Belgium. The company
specializes in making wine maps. But not your ordinary wine maps. By using pictures,
their wine aroma maps show the characteristics of a countries red & white wine
grapes and all the wine regions with their corresponding appellations. These maps
are a visual aid to help wine lovers determine what aromas they are tasting, and
also a complete study guide for all those who want to increase their wine knowledge.

During wine tastings or dinners, people often have a hard time describing what
flavors they are exactly tasting and smelling, let alone that they are able to
determine in which region the wine has been produced. “As there exists no graphical
presentation of the characteristics of grapes combined with the regions they are
grown in, the idea emerged to make the wine aroma maps.” CEO Steven Willems.
But the wine aroma maps offer much more. They also show all the wine regions with
the sub-regions and their appellations. Per wine region the maps display the most
important red and white grapes, ranked from most to least widely planted.

The wine aroma map of France was the first map the research team developed, but the
wine aroma map for Italy will be released by the summer of 2017, followed by the
Germany one by fall of 2017. The company’s end goal is to have a wine aroma map
available for all wine producing countries.

The wine aroma maps are the perfect tool to help guide beginning wine lovers through
all the different grapes, aromas and appellations but also the perfect study
material and reference for all those working with wine professionally.

Their online shop, https://winearomamaps.com, delivers the maps all over the world.
In February 2017, they also landed a deal with Craenen, an international distributor
of travel maps and guides, which is one of the market leaders in Europe. Through
this partnership, their wine aroma maps are now available in stores in the UK,
Belgium and The Netherlands, with other countries still to come.

What you can read next 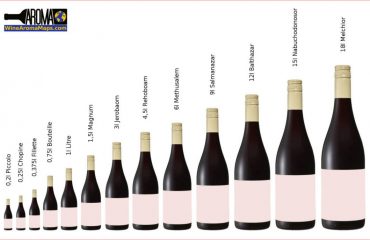